Fort Benning is a United States Army post located in the southeastern part of Columbus, Georgia. This is one of the largest posts in the country in that there are more than 120,000 who live and work at this spot. This is a space that is extensive and helps with managing an extensive variety of training plans for all who want to learn how to handle different actions. Fort Benning has been around since 1918. It was designed as a place to provide basic training to soldiers in World War I. It became a permanent fort in 1922.

The fort benefited from many public works projects during the Great Depression. An airborne training center would eventually be established as a means of training people in World War II. The airborne school continues to this day to provide people with education on how to engage in battles while airborne. A Ranger school has also been added to the fort ever since. Today Fort Benning takes up about 182,000 acres of land with almost all of the base located in Georgia. A small portion of the base can be found within the state of Alabama. The area continues to be very prominent as a space devoted to helping people with all of their different training needs, thus making it easier for different types of military operations to be facilitated as needed.

What Units Are There?
Fort Benning is home to a number of popular units right now. These units are groups that are devoted to helping train people in many ways:

The branches and units at Fort Benning make it one of the most important military installations in the United States. The fort houses a massive number of people and continues to train people for all kinds of different military operations that may be held all around the world. For all units and divisions that are associated with Fort Benning we have suitable custom military rings, which can be personalized.
Buying promotional and achievement gifts, then visit www.militaryonlineshopping.com for secure shopping. 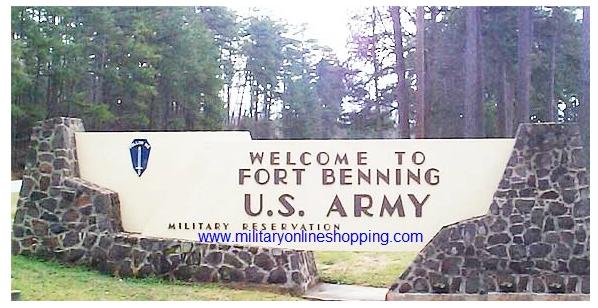